Engaging audiences with his work is at the core of Staller’s art practice.

Through unique, playful, and personal experiences with art, from site-specific installations and performances to mobile artworks, Staller’s creations are interactive, visual, and sensory experiences that delight and engage the public.

Staller’s shift from the gallery setting to the world at-large occurred in the mid-1980s and had a powerful effect on his practice. Following the Stony Brook University exhibition, Staller was compelled to create a work of art outside of the traditional gallery ‘white wall’ setting. Considering UFOs and other-worldly beings, Staller set out to create an “artwork to be seen on the fly”, using all of New York City as his gallery. In March of 1985, Staller debuted Lightmobile, a 1967 Volkswagen Beetle covered with 1600 computerized lightbulbs, on the streets of New York City. 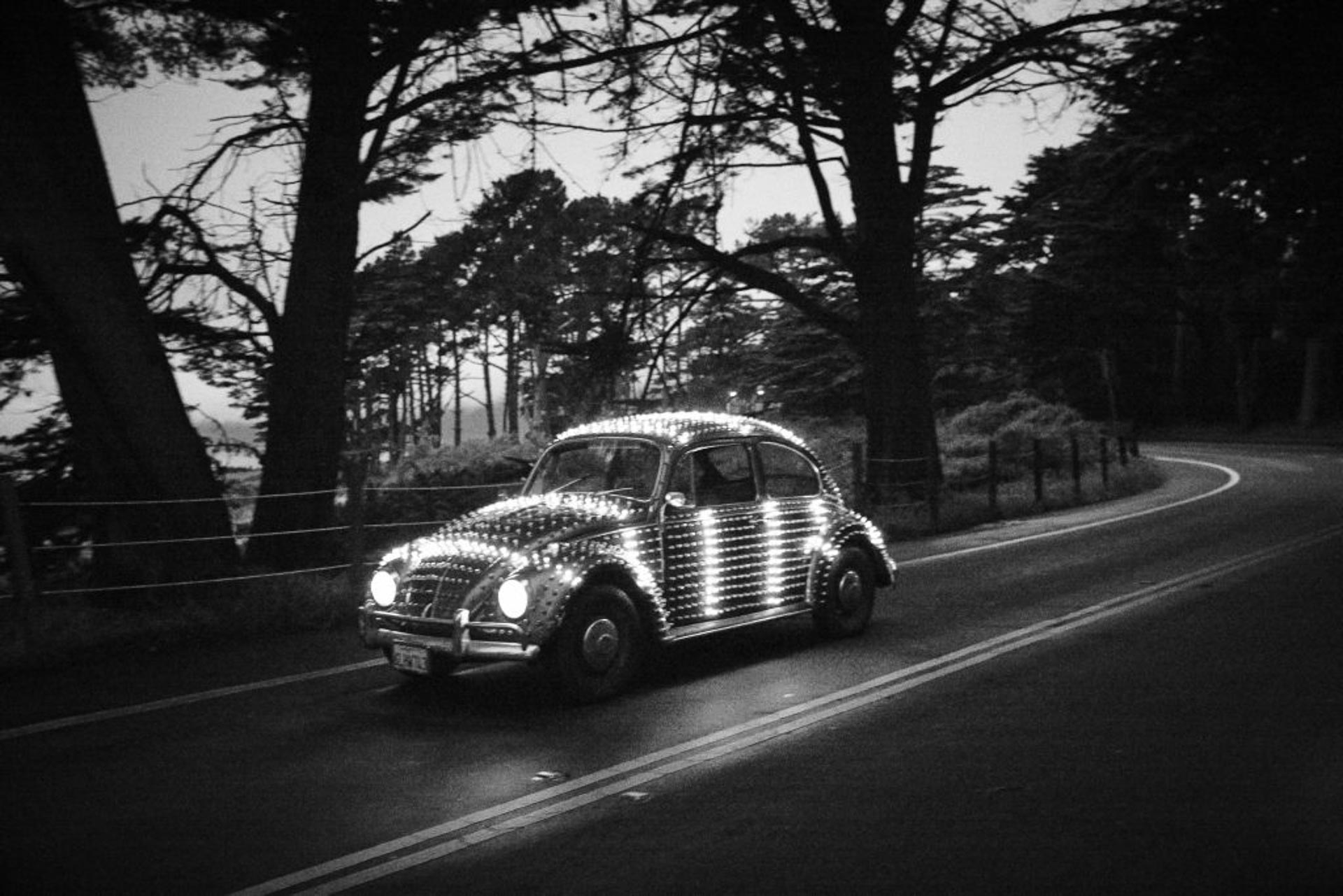 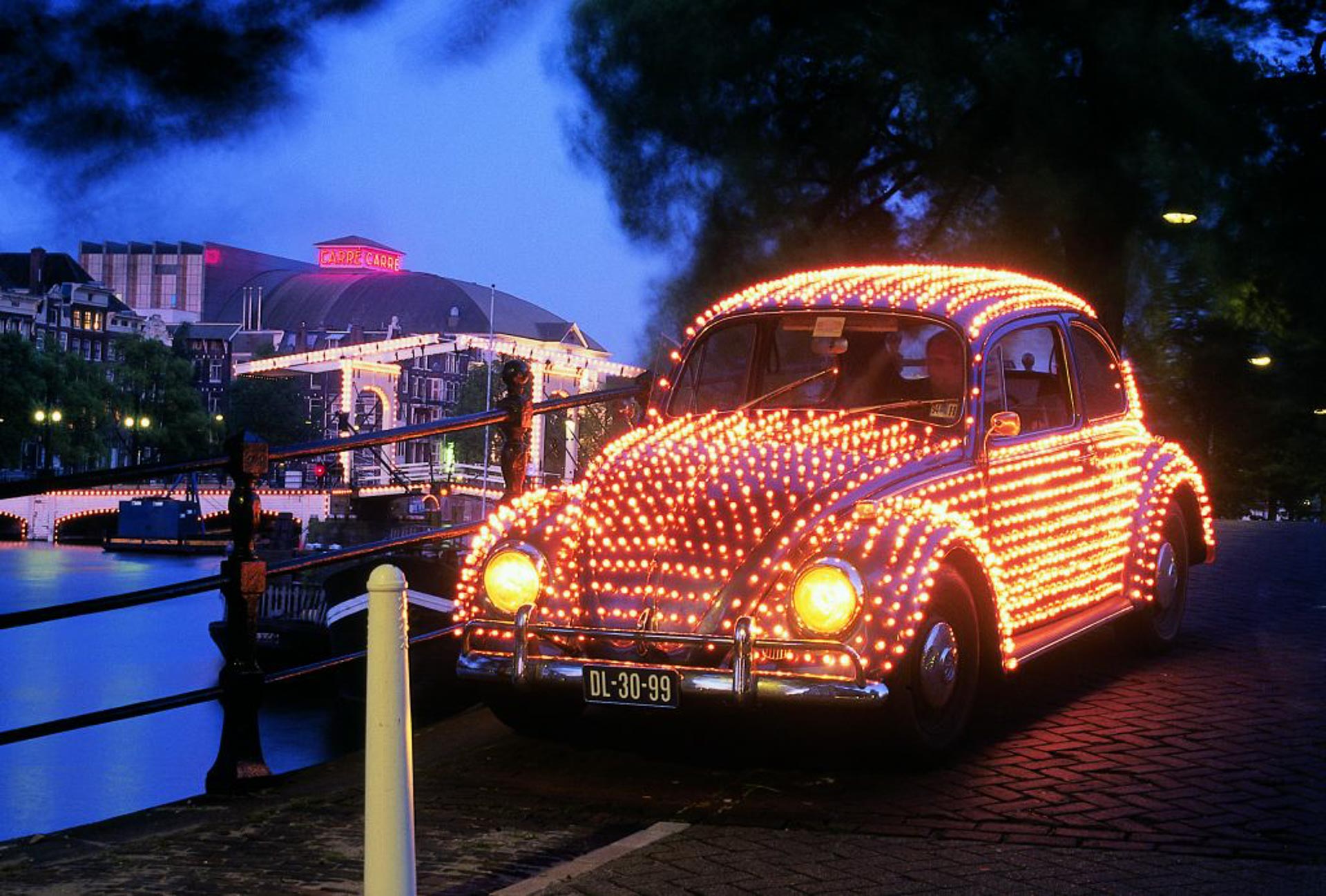 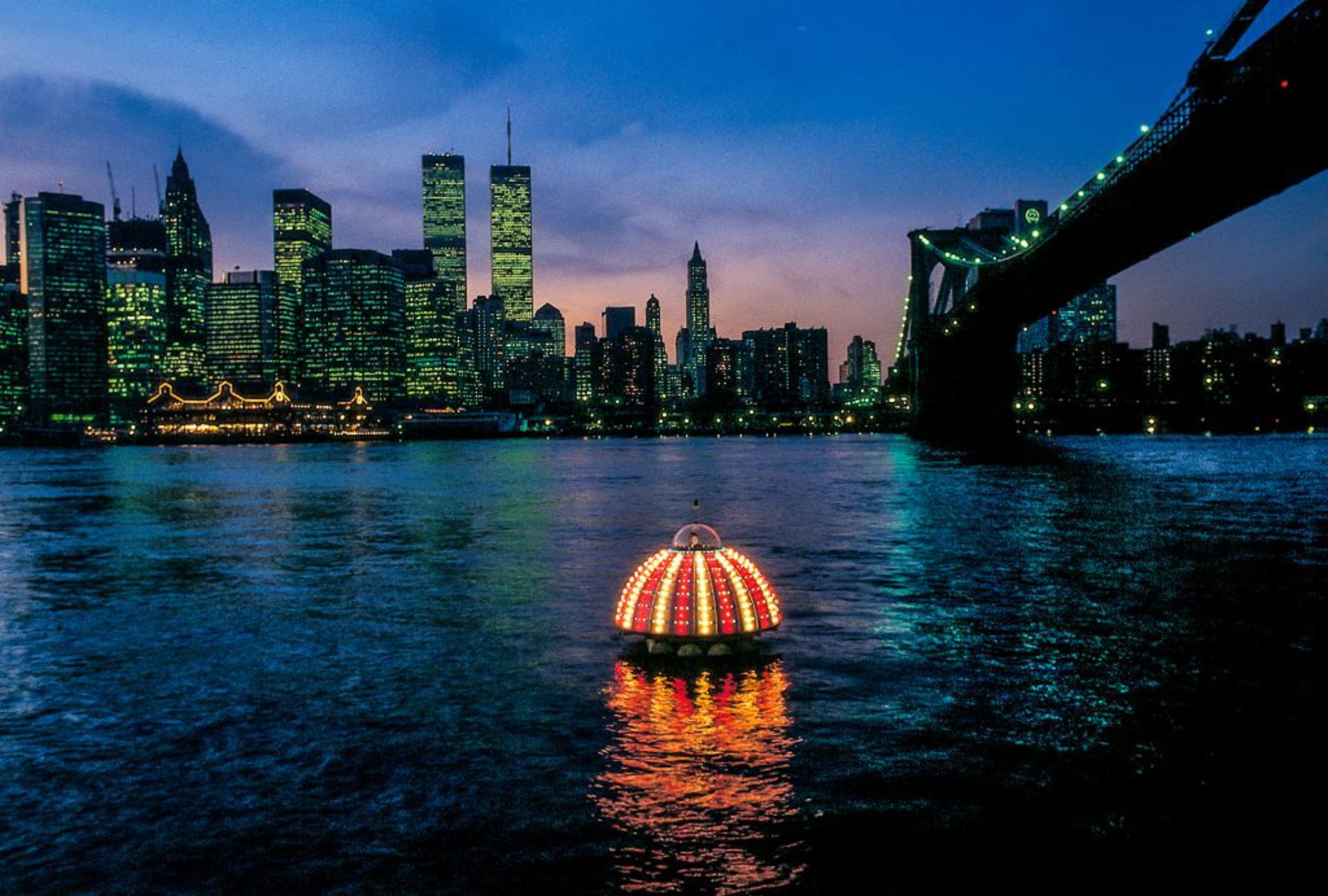 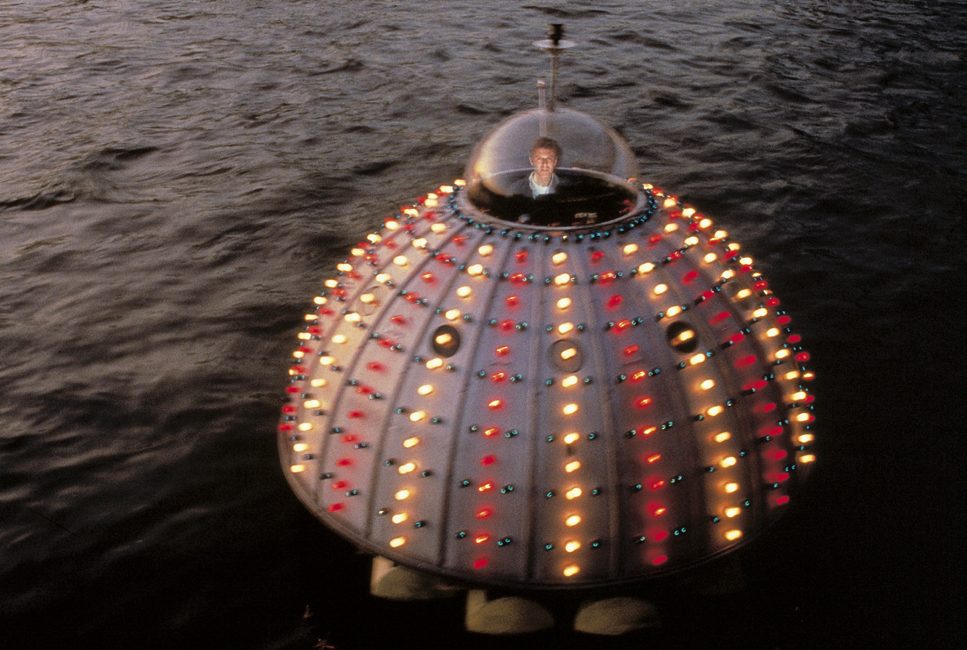 The Lightmobile’s acclaim was followed by a commission from GTE Sylvania (1986) to create an atmospheric work for the centennial celebration of the Statue of Liberty. Staller’s Bubbleboat, a 12’ diameter floating dome covered with 600 computerized red, white and blue Sylvania lightbulbs, took her maiden voyage on July 4, 1986 in New York Harbor, NYC alongside thousands of boats, including the aircraft carrier Iowa, with President Reagan on board. A fixture in the New York Harbor summers of 1986-91, the Bubbleboat can now be seen cruising San Francisco bay by the Golden Gate Bridge.

Following the creation of the Lightmobile and the Bubbleboat, Staller resolved to continue presenting mobile public artworks that engage audiences through commentary on the social, religious and political themes of our time. Staller calls these artworks Urban UFOs, objects to be seen ‘on the fly’ without explanation to the viewer.

Staller’s Urban UFOs include a bicycle built for four people wearing illuminated Bubbleheads; the Roly-Poly, a 6’ (2m)- diameter sphere covered with 600 computerized electro-luminescent strips, that gives the illusion of a glowing blue ball rolling down the street with no apparent driver or means of propulsion; and Fish-O-Vision, a specially designed helmet in which Staller appears to have 20 live goldfish swimming around his head.

Other Urban UFOs include the remote-controlled Mr. President, a commentary on George W Bush’s Iraq war; and Big Bang Theory, a 1970 Fiat with bowling pins that thrust in and out of one side of the car. Inspired by his tenure in Amsterdam are the Remote-Controlled Lovers, which swim a water ballet of gentle circles and S-curves in the canals; and Mr. Lonely, a remote-controlled artwork commenting on aging and mortality. The Holy Roller is an 8’ (230cm) cylinder, made of aluminum and rubber, that rolls along the beach, propelled by 3 men walking inside. The roller impresses over and over, 4 religious symbols in the sand. Staller plans to unveil his newest Urban UFO in late 2020. 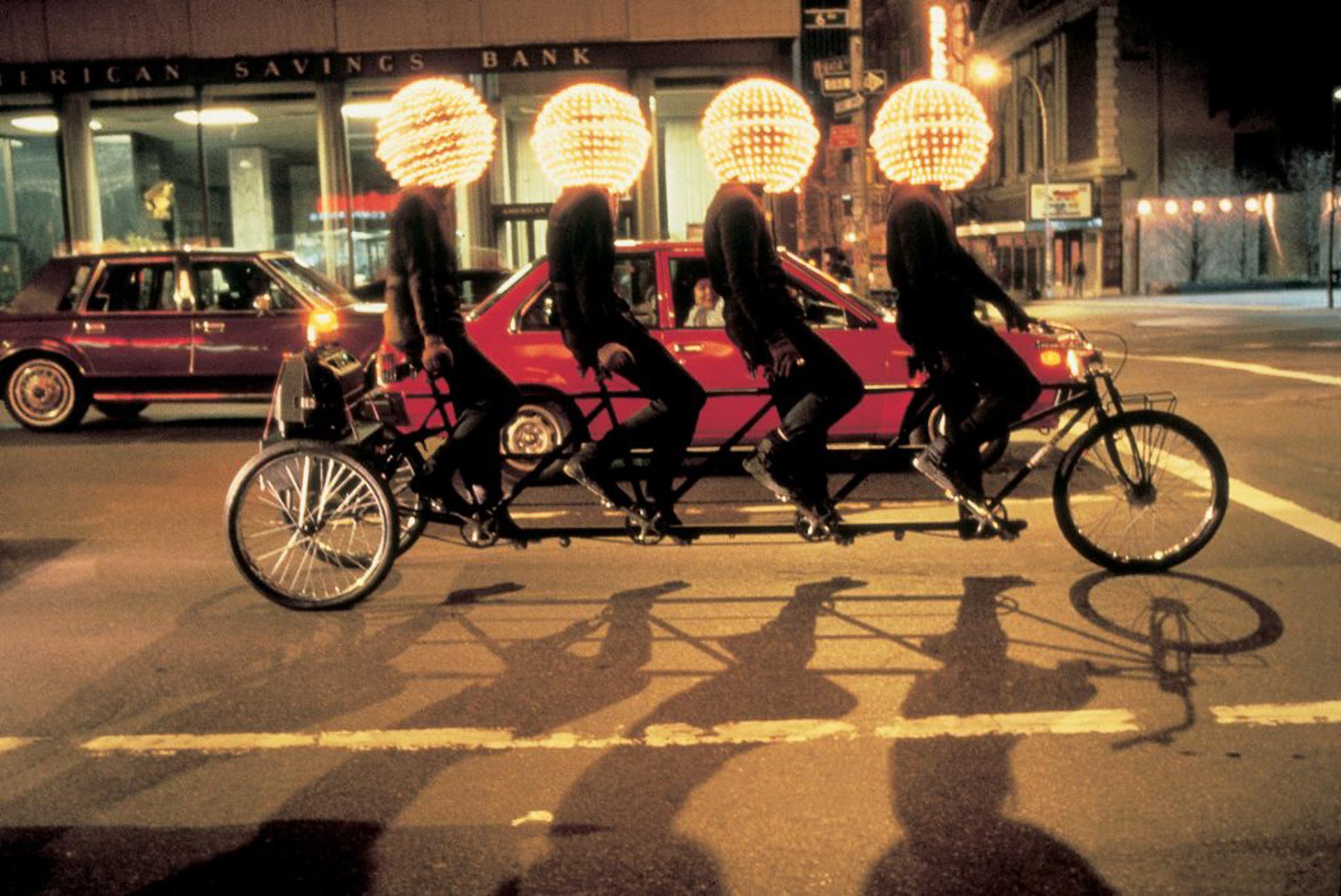 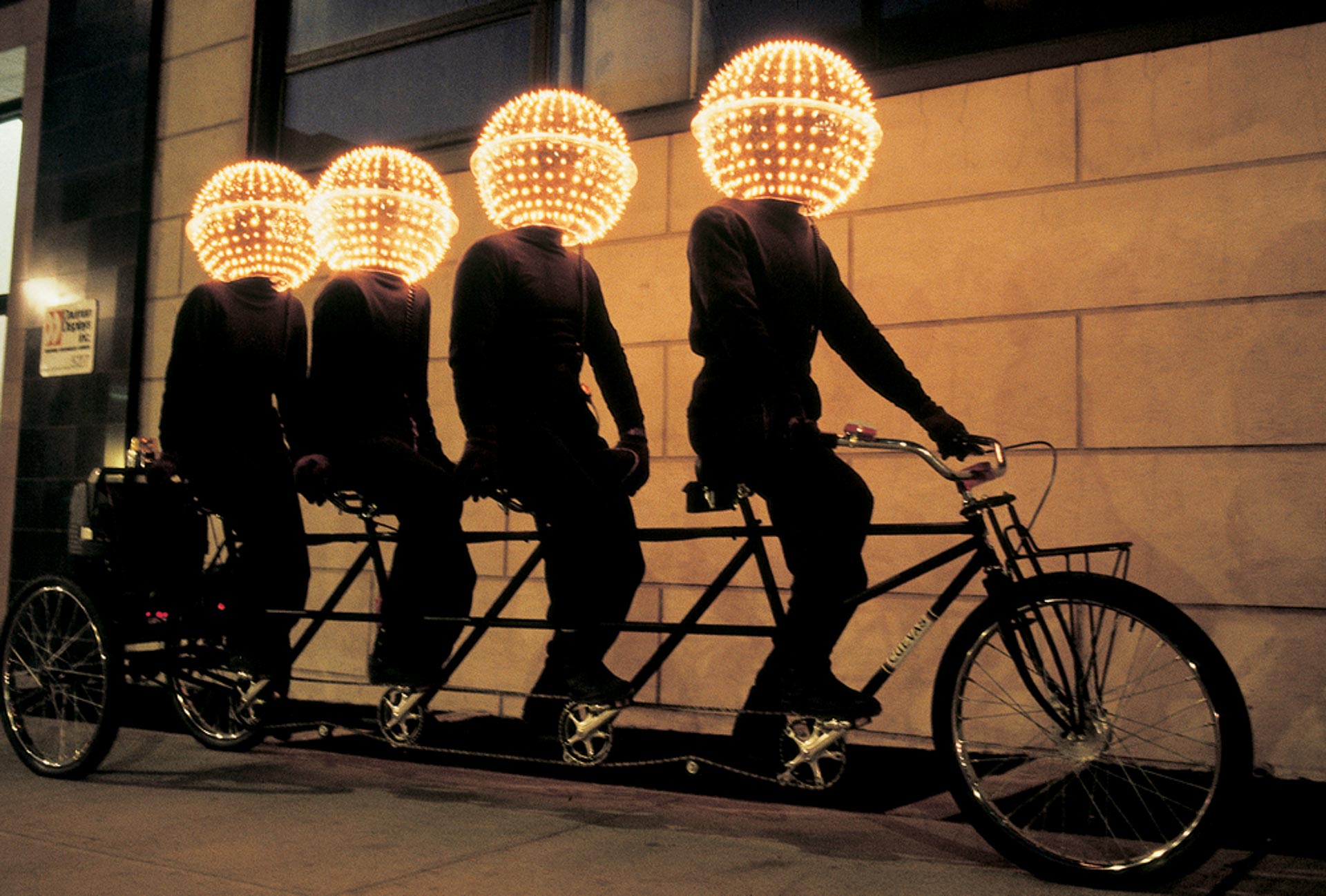 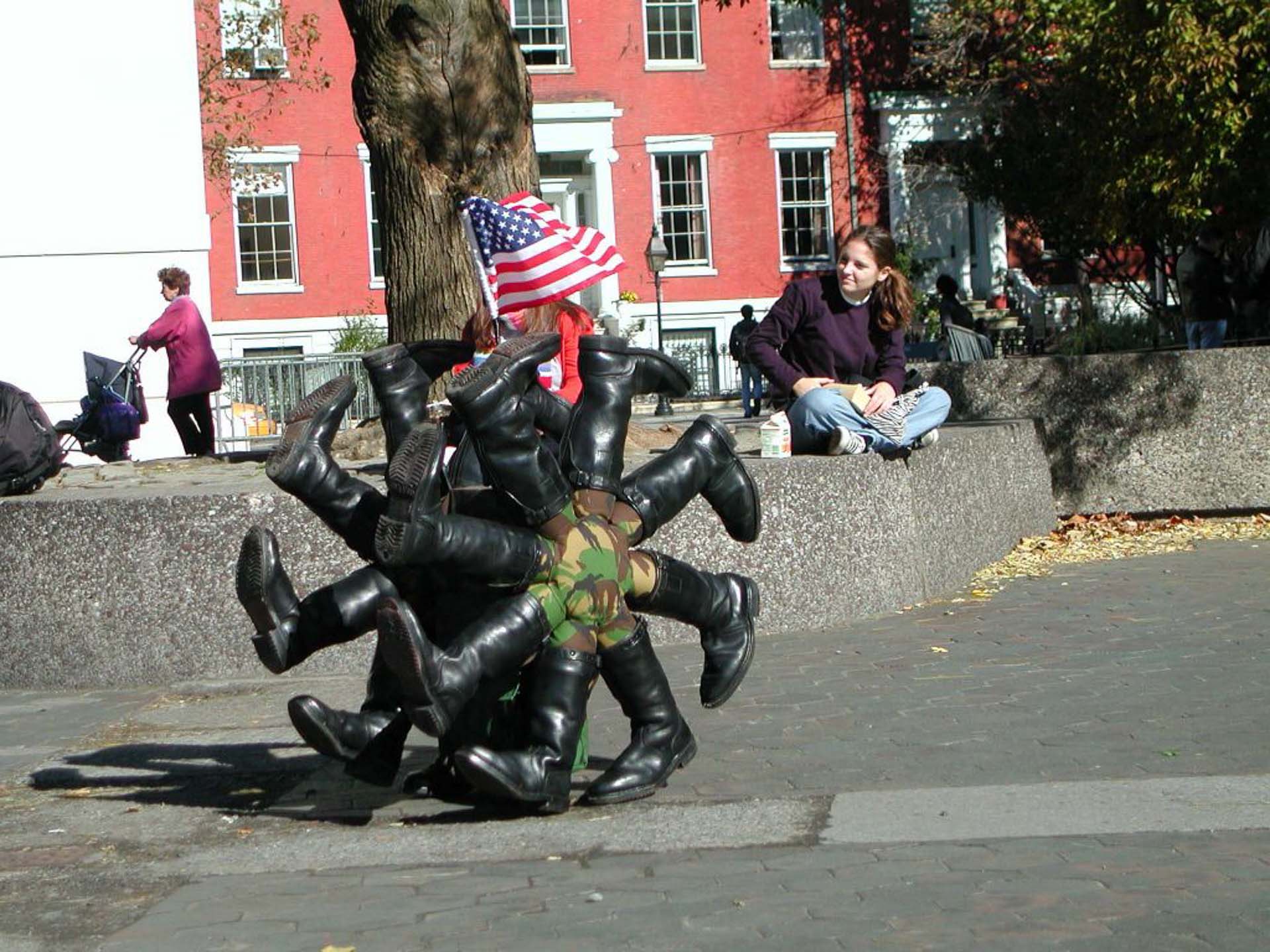 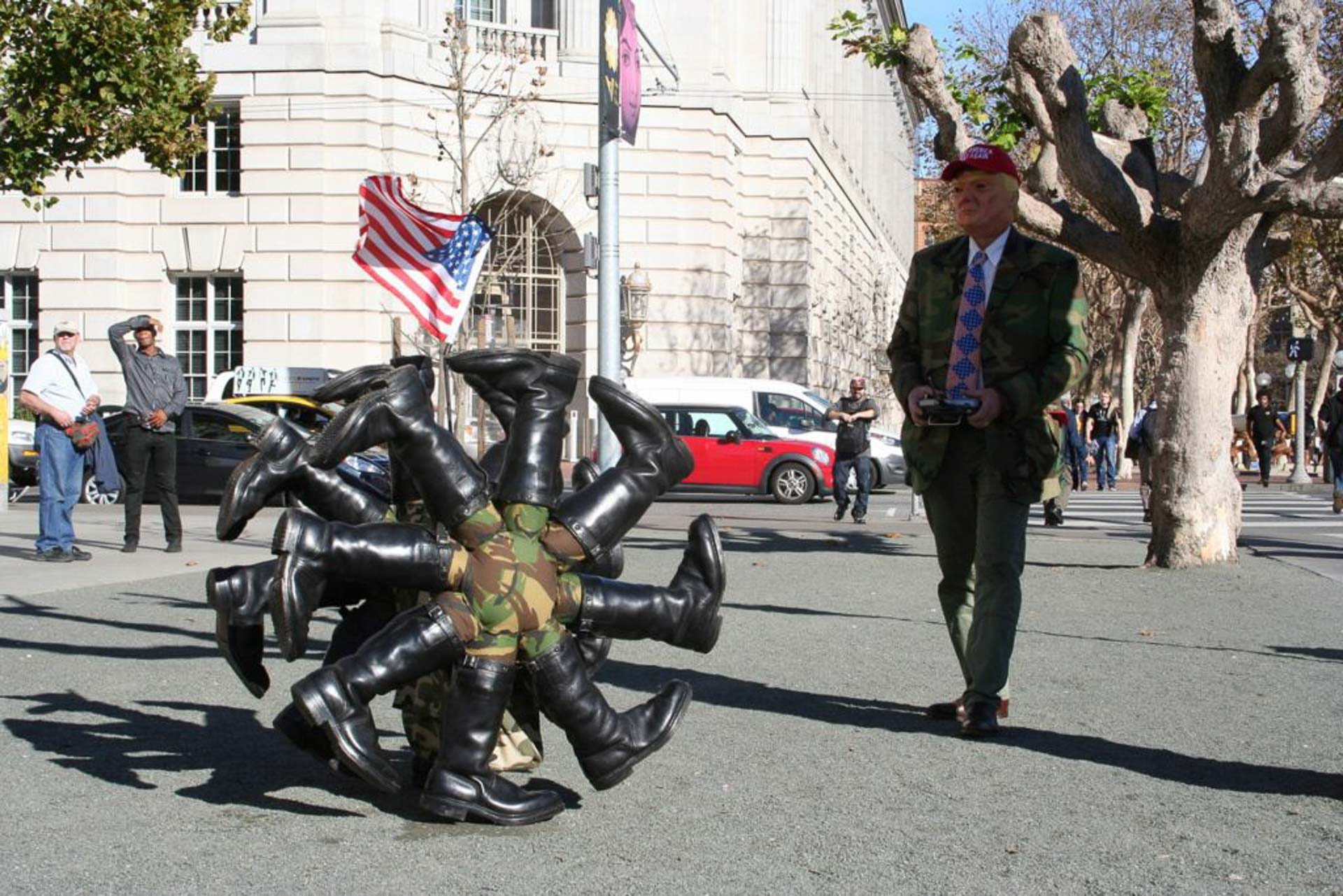 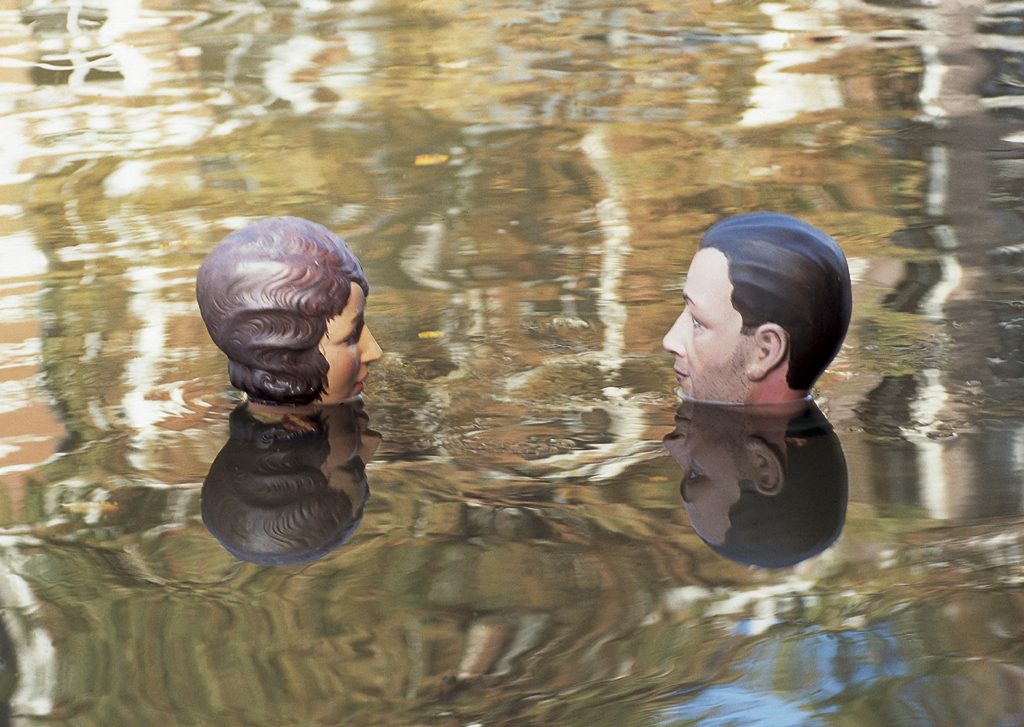 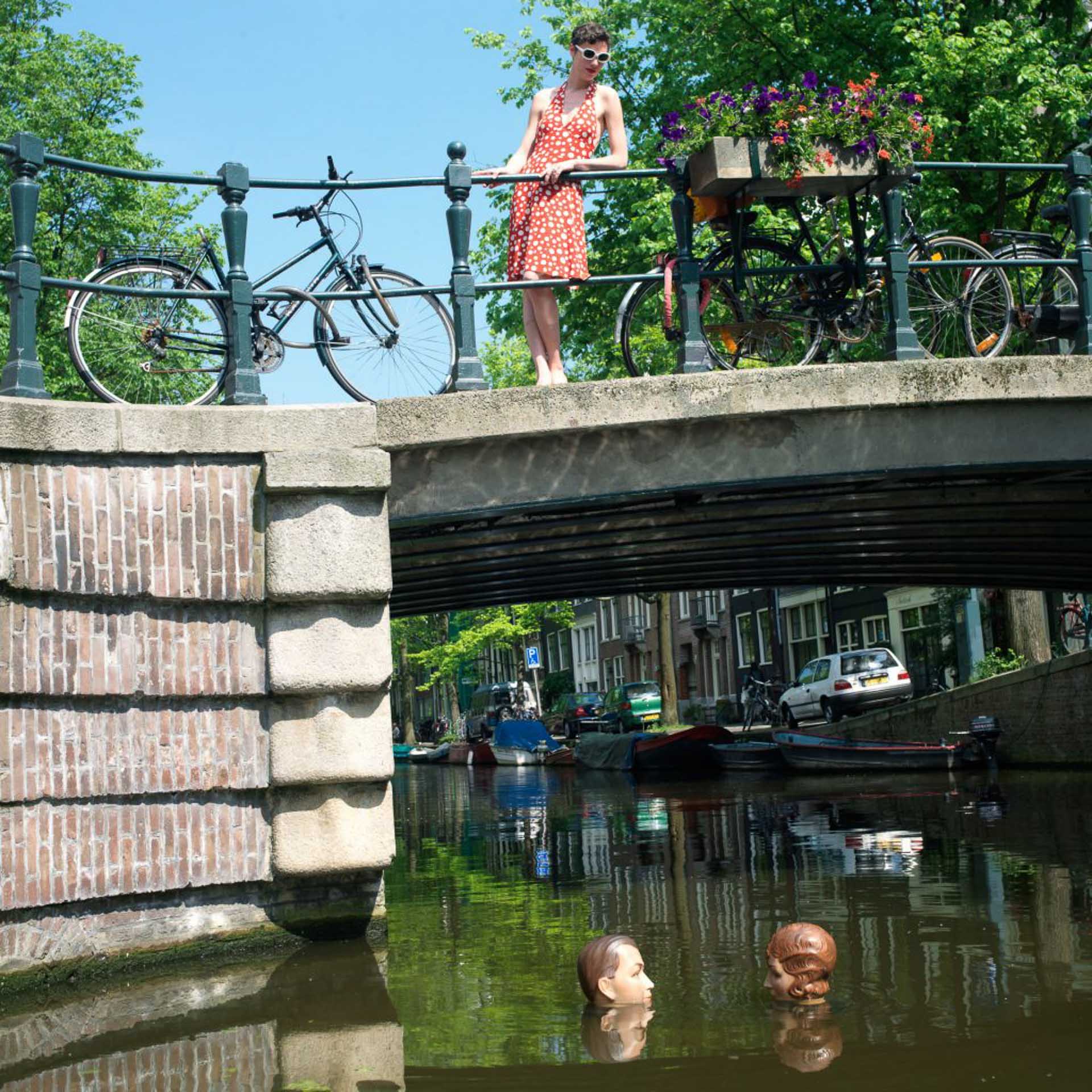 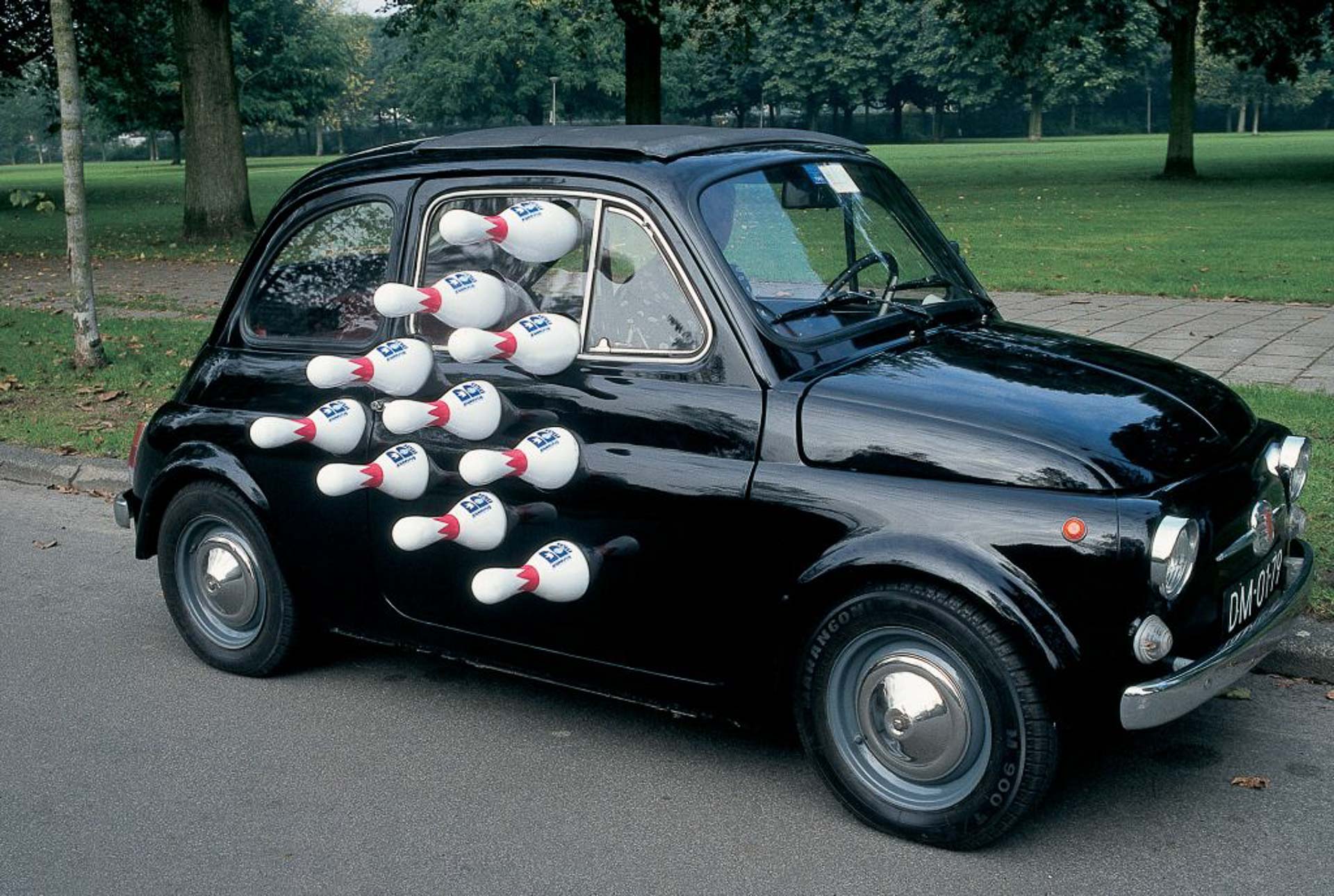 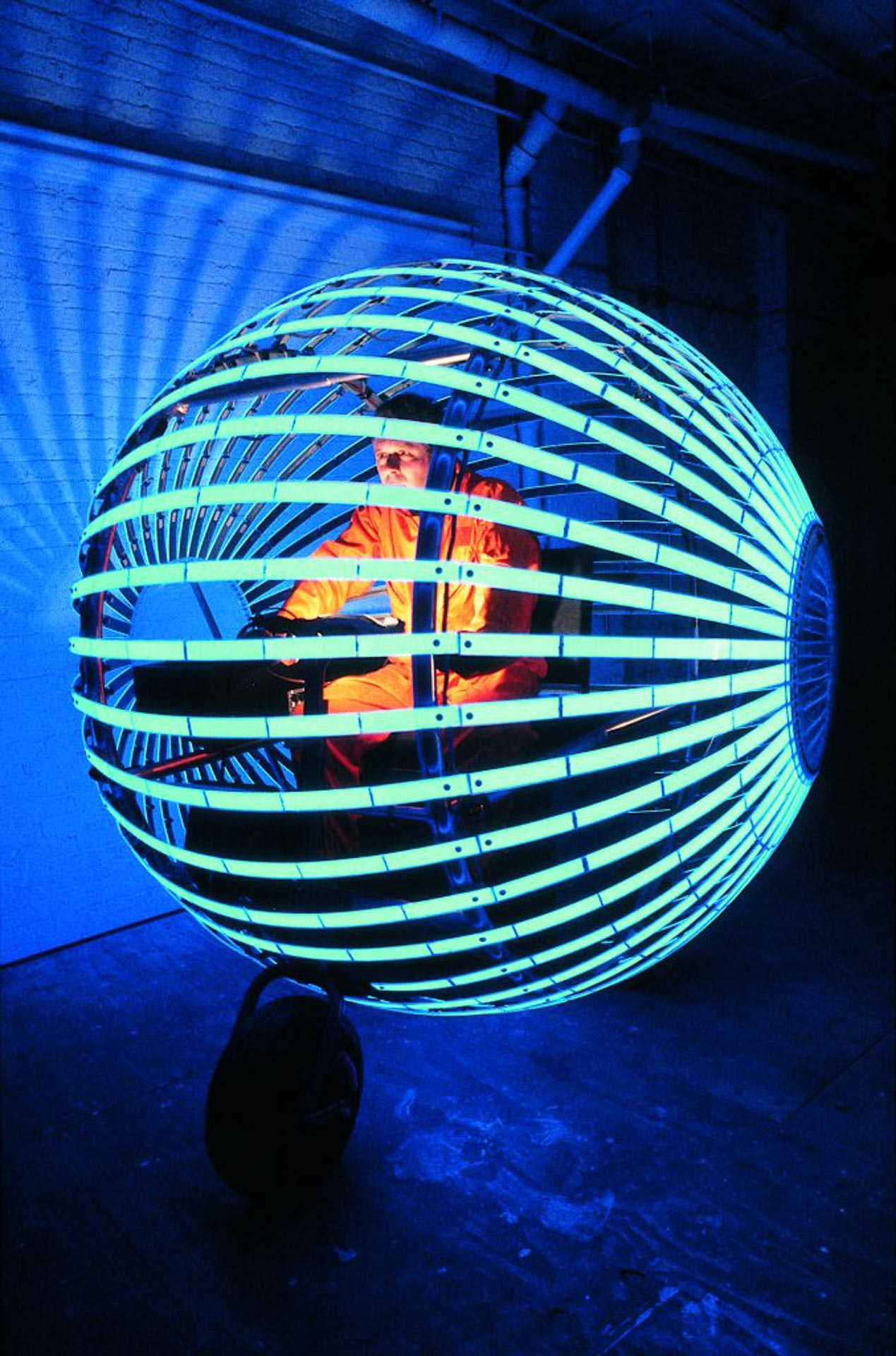 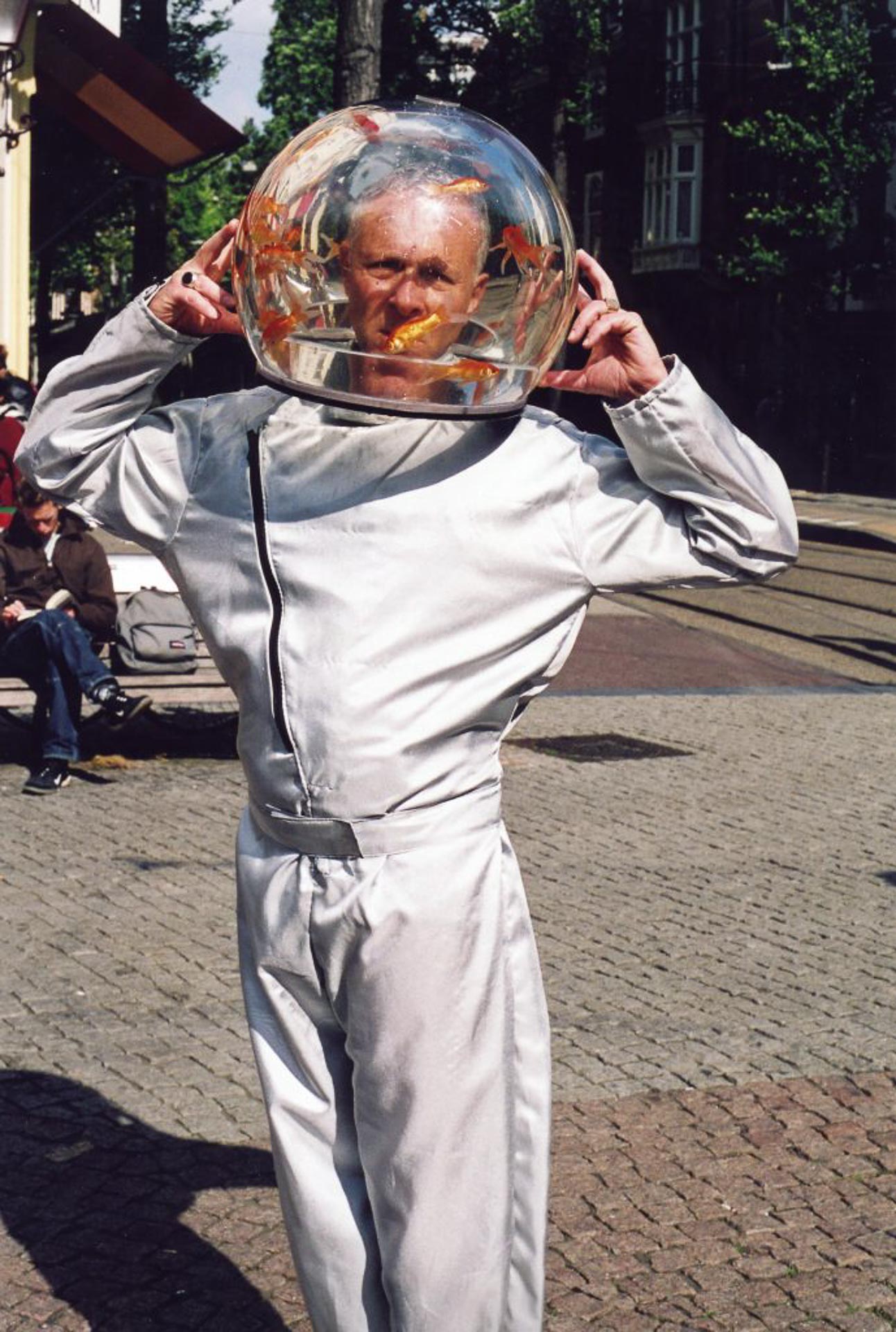 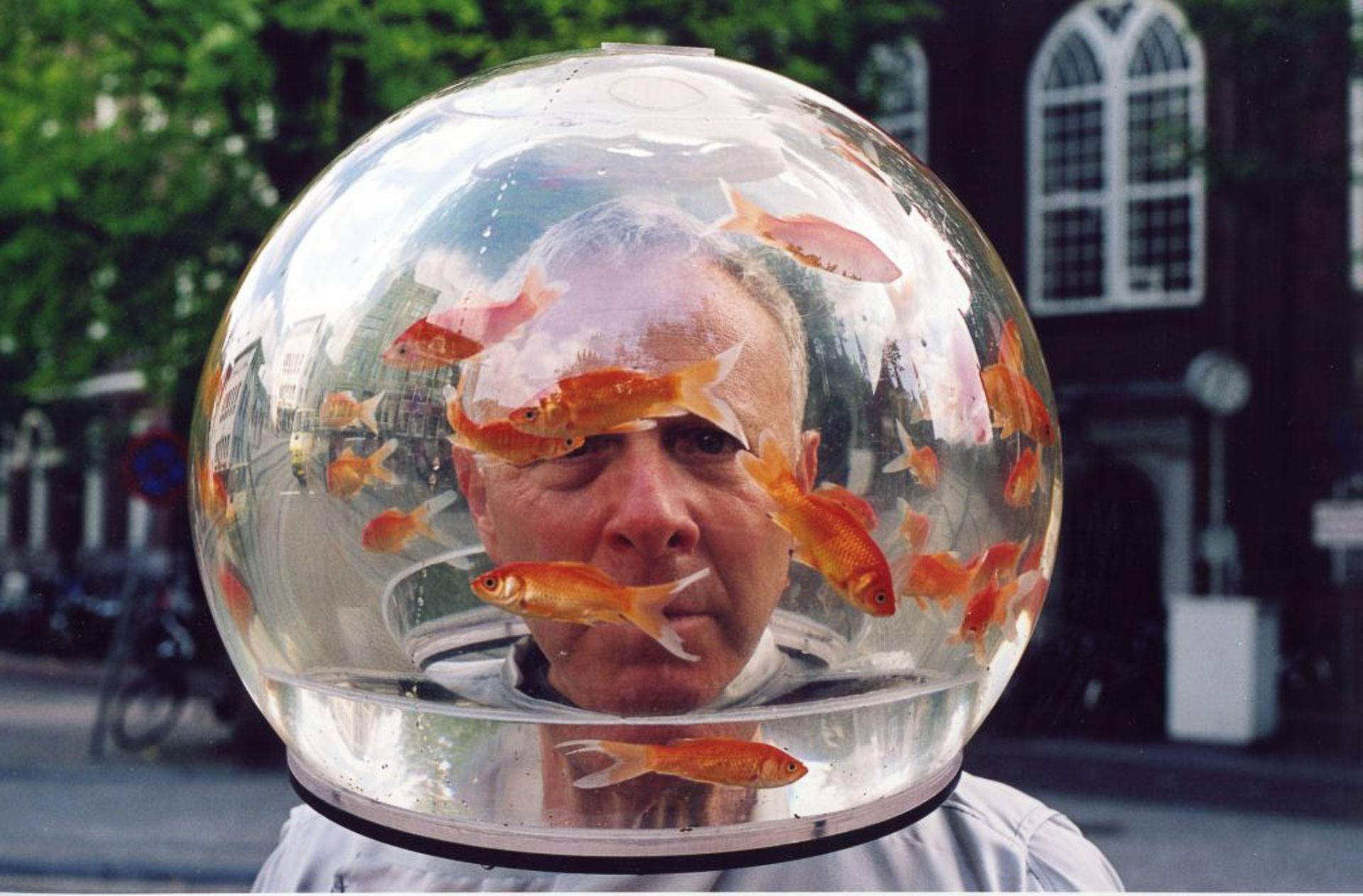 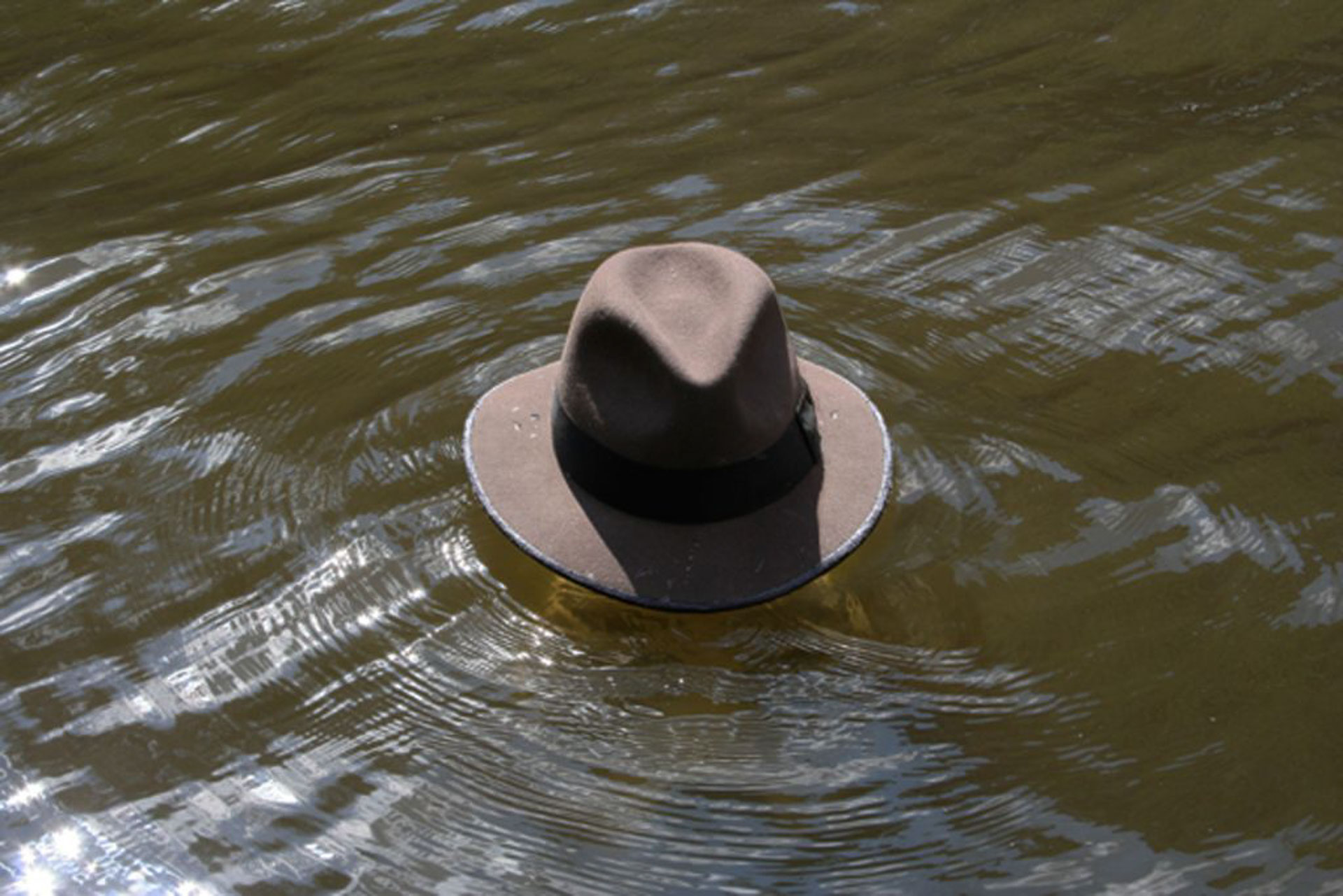 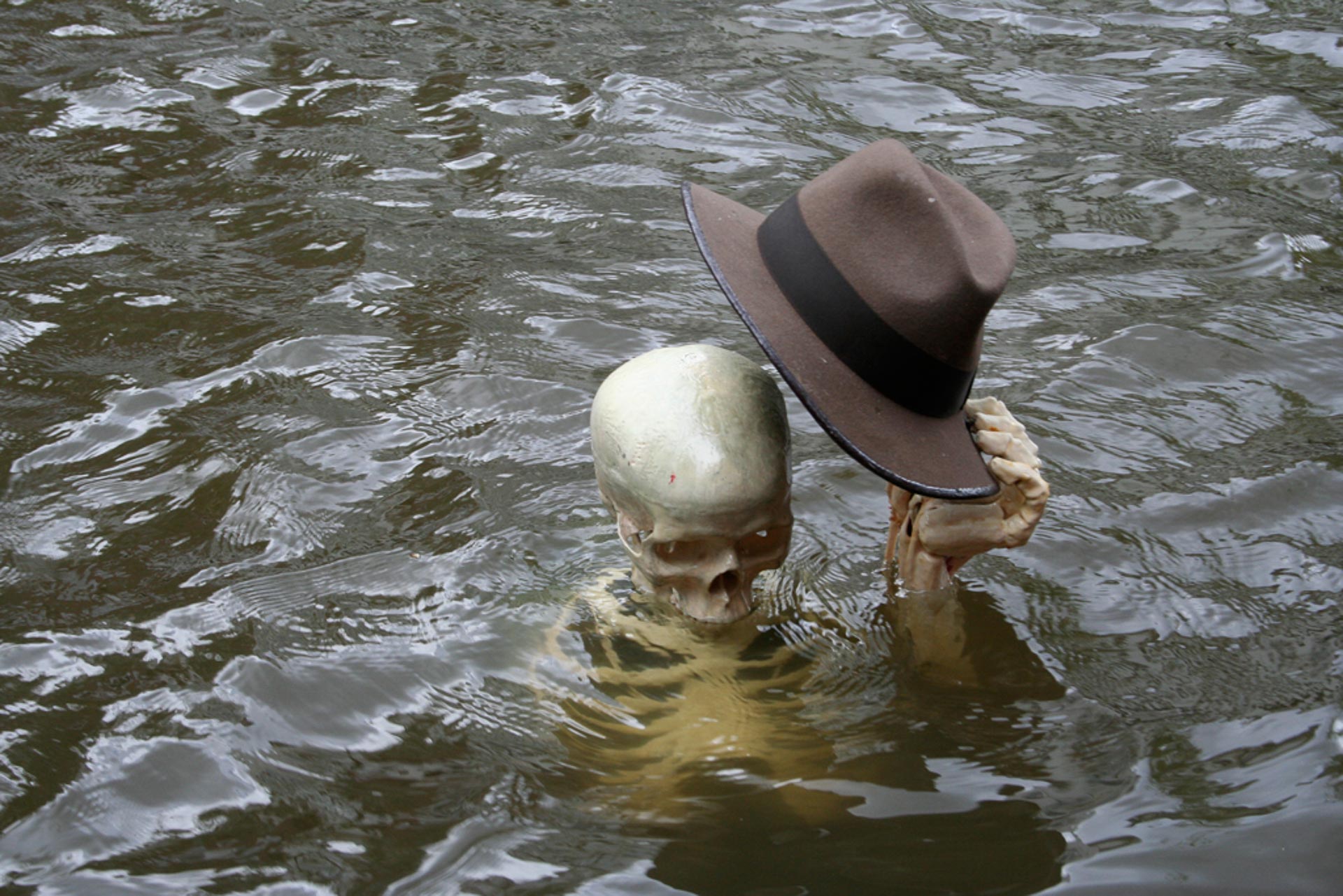 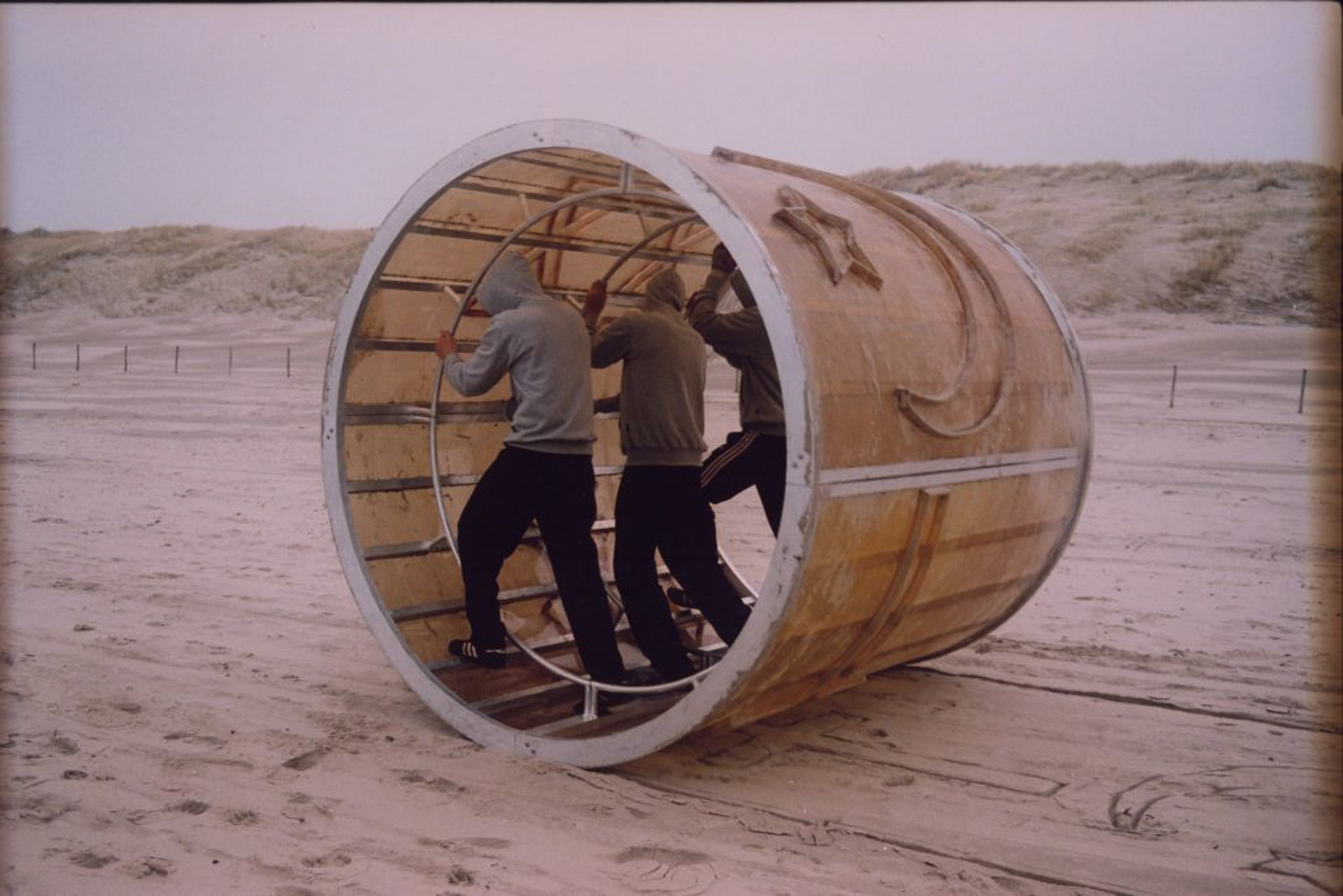 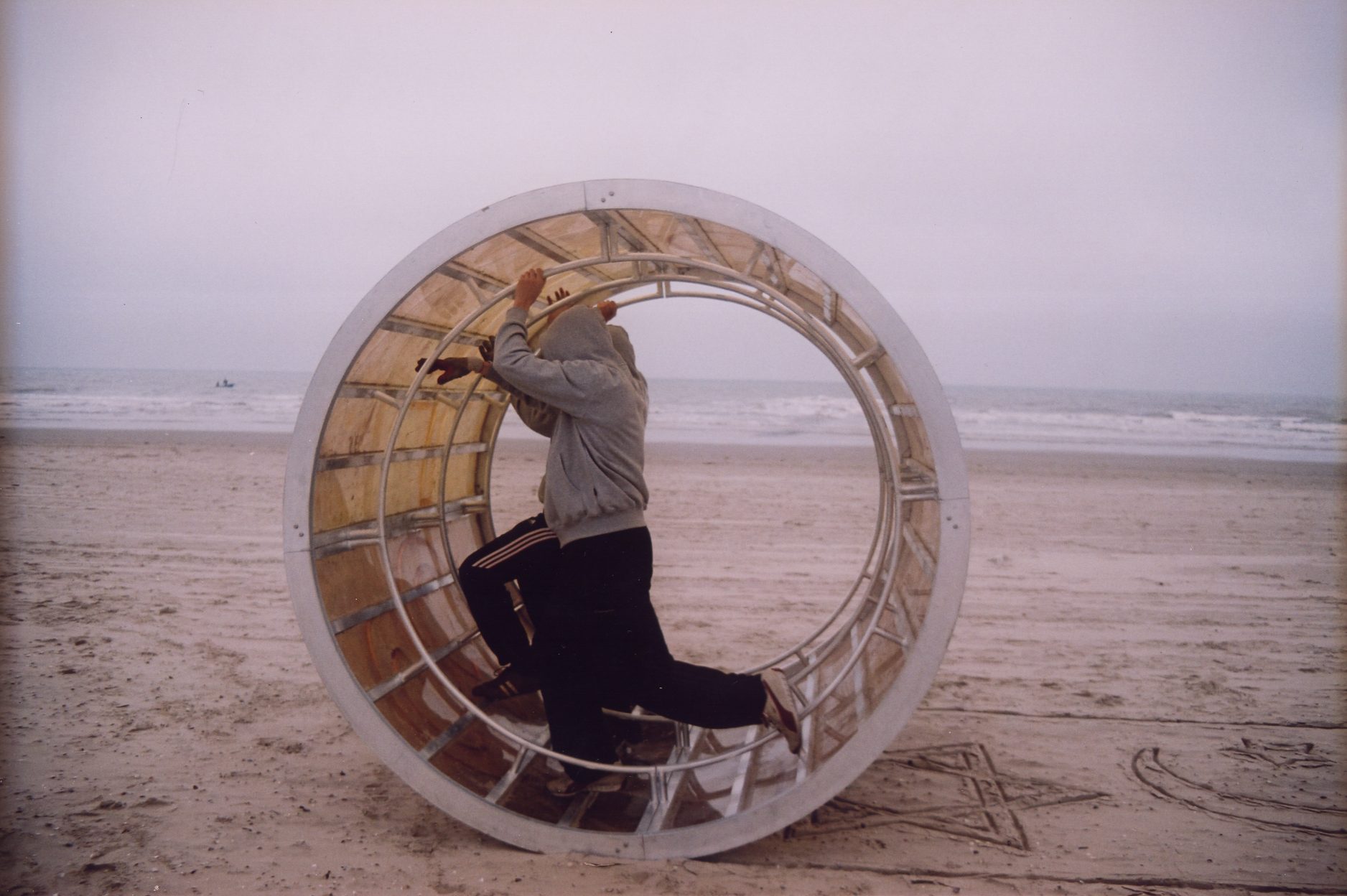 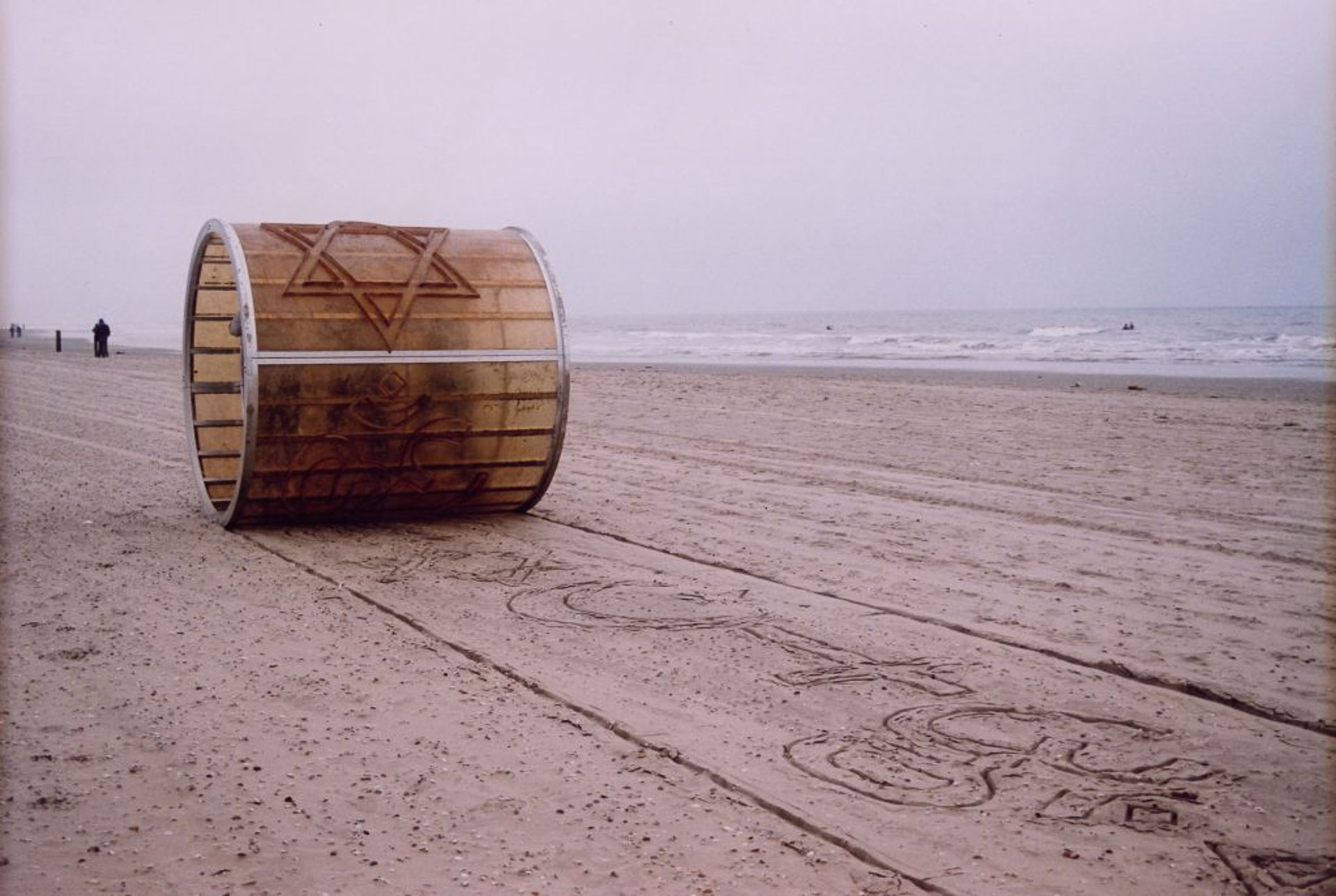 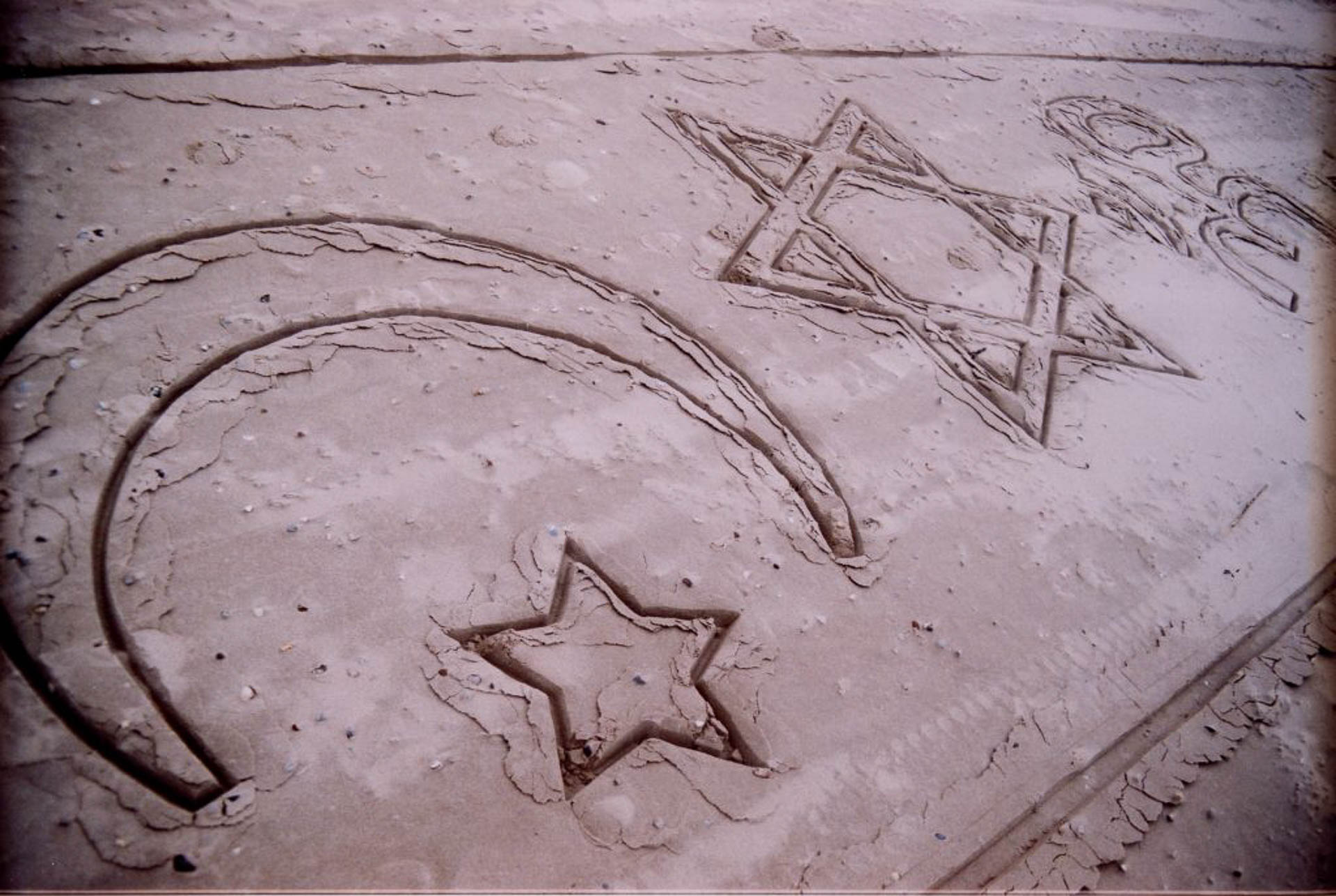 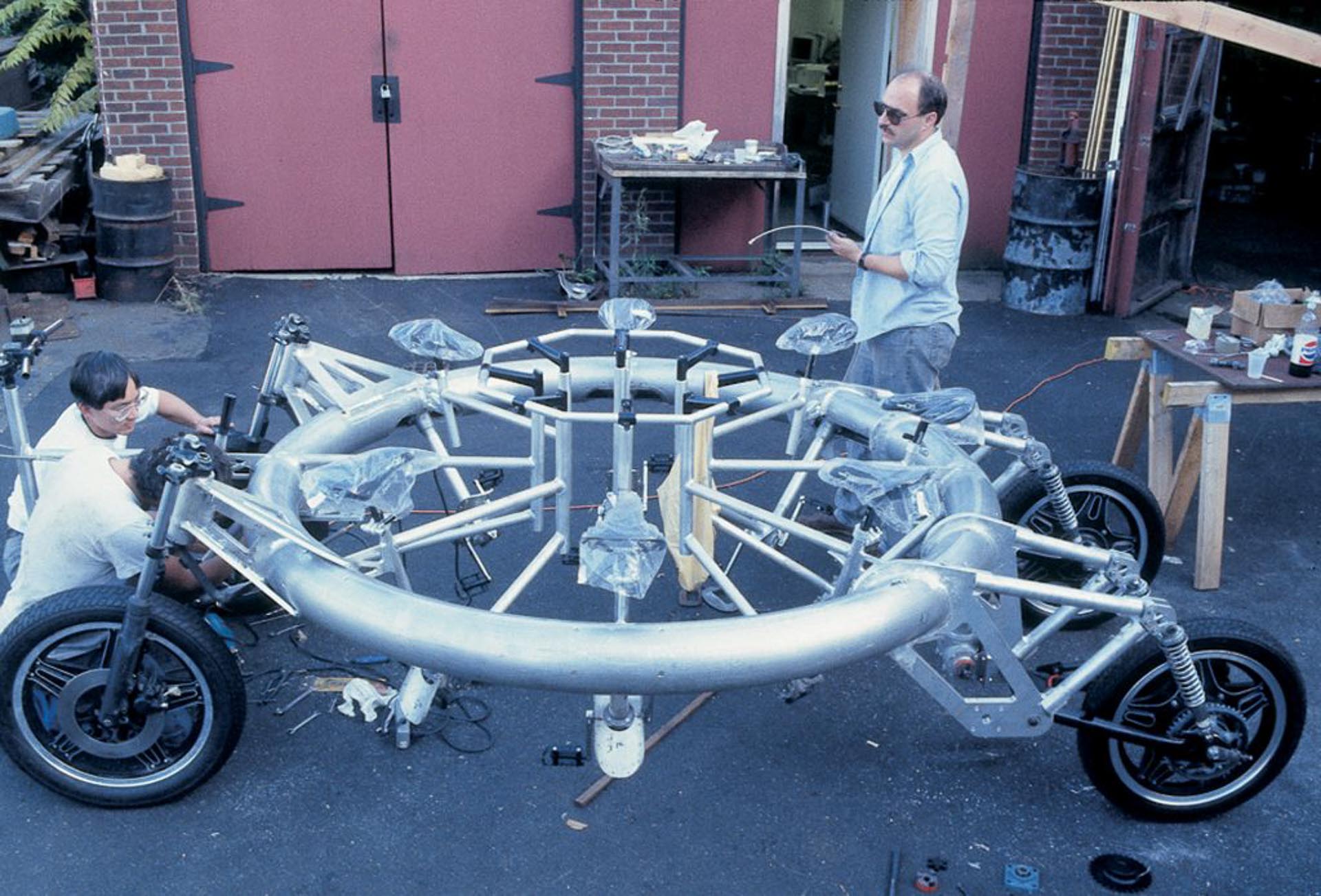 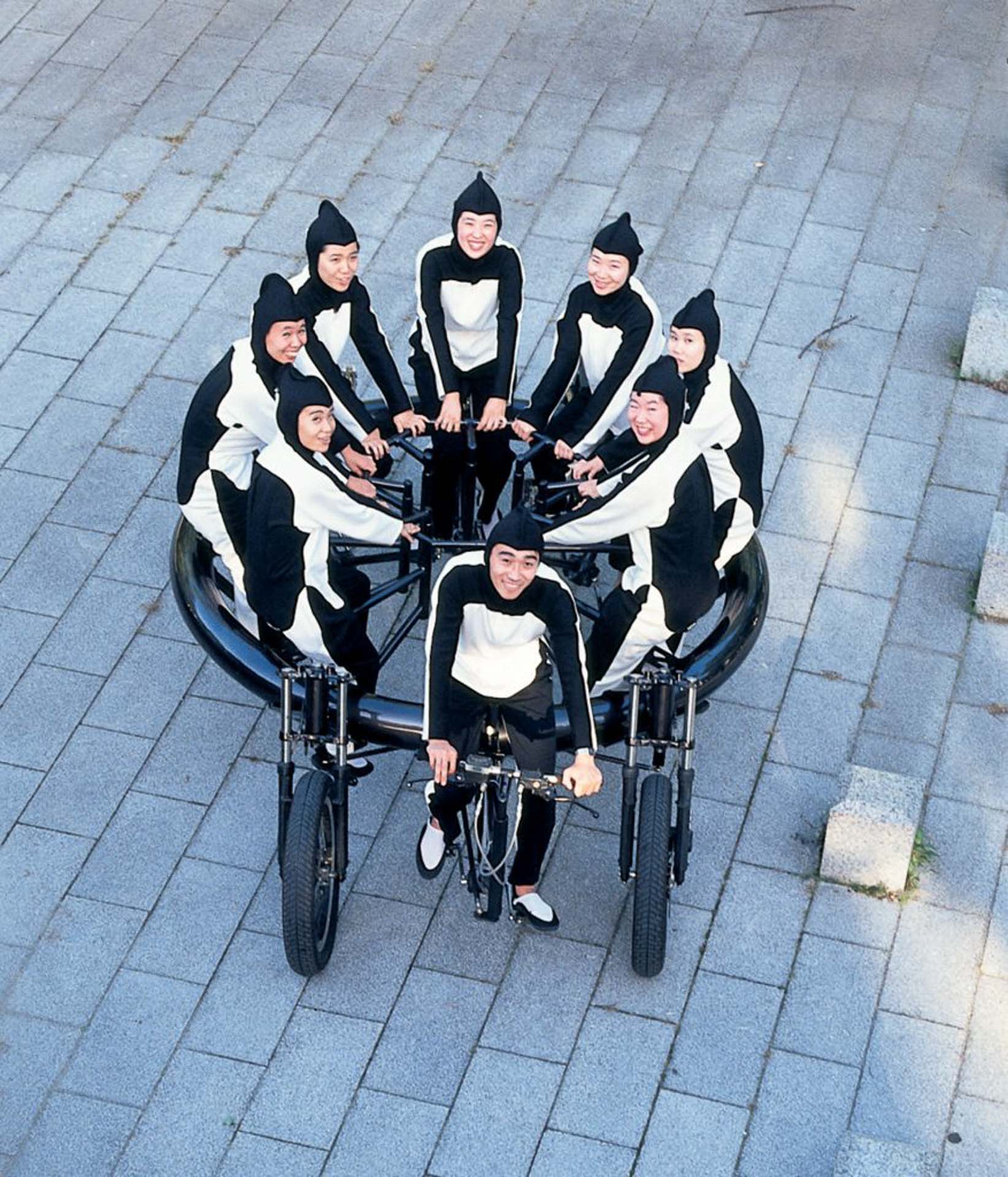 Octos at the Nagoya Museum of Art, Japan

In 1991 he created the 8-person Octos as a performance work complete with costumed crew. Out of Octos evolved the ConferenceBike, a patented circular 7-person bicycle. There are now 400 ConferenceBikes in 20 countries, in use for city tours, team-building on corporate and university campuses; for therapy by deaf and blind organizations; and by social justice organizations as a tool and symbol for bringing people together. 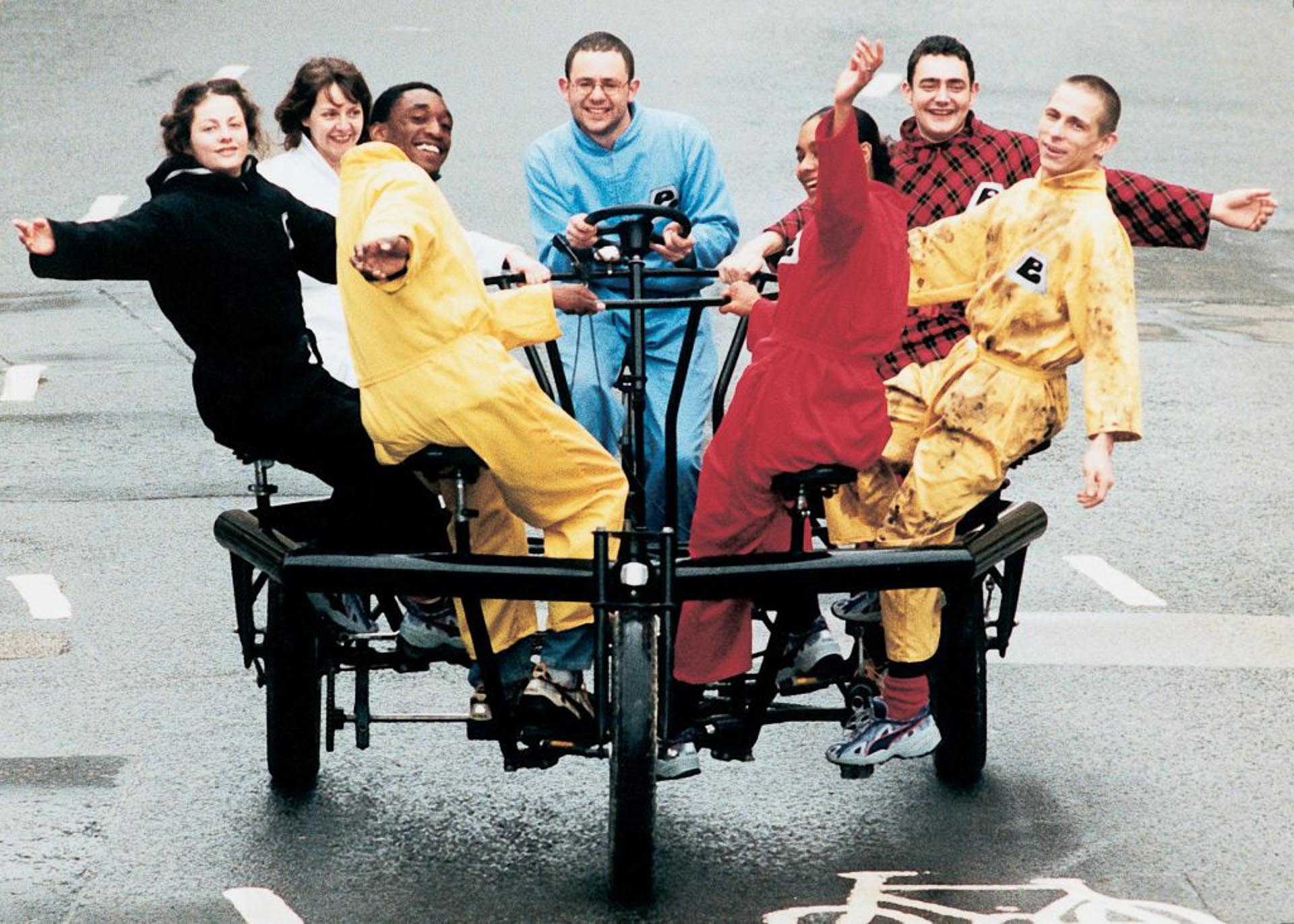 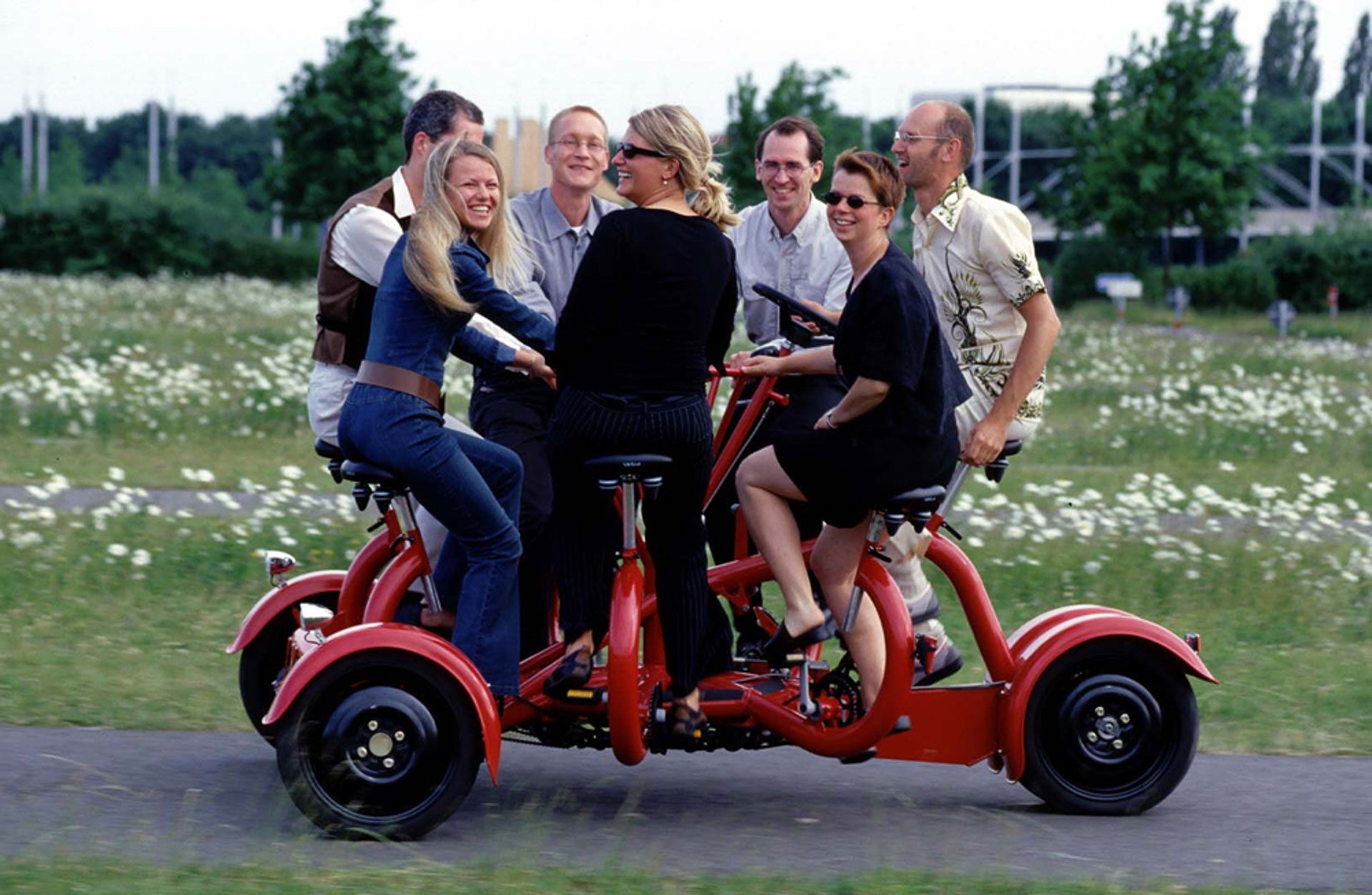