Works of |
Eric Staller is an American contemporary artist who works across several artistic disciplines in public and private settings.

From ‘light drawing’ photography, projected image installations, and performance art, to large-scale mechanical and electronic sculptures, for four decades Staller has incorporated emerging technologies to create works of whimsy, awe, and contemplation, to engage audiences in North America, Europe, and Japan. His work touches on a range of human emotions, from surprise and delight, to pathos and vulnerability, as well as commentary on the religious and political themes of our time. Often returning to the theme of human connectedness, Staller refers to his work as “tools for conviviality.” One such creation, is Staller’s ConferenceBike, a patented circular 7-person bicycle. With over 400 in use in 20 countries, the ConferenceBike has been experienced by such notables as Jimmy Carter, Conan O’Brian, Sergey Brin and his Googlers, and the NYPD.

Staller’s work has been experienced in its multiplicity of forms from Manhattan to Amsterdam, Osaka to Grand Rapids, San Francisco to Paris, in major motion pictures, and in print and broadcast television. In 1985, Staller created the LIGHTMOBILE, a 1967 Volkswagon Beetle adorned with over 1600 computerized lights, which gained international recognition. Since then, he has performed and exhibited his work worldwide, collaborating with engineers, architects, civic planners, and visionary CEOs.

If you are planning for the future, you must be optimistic. 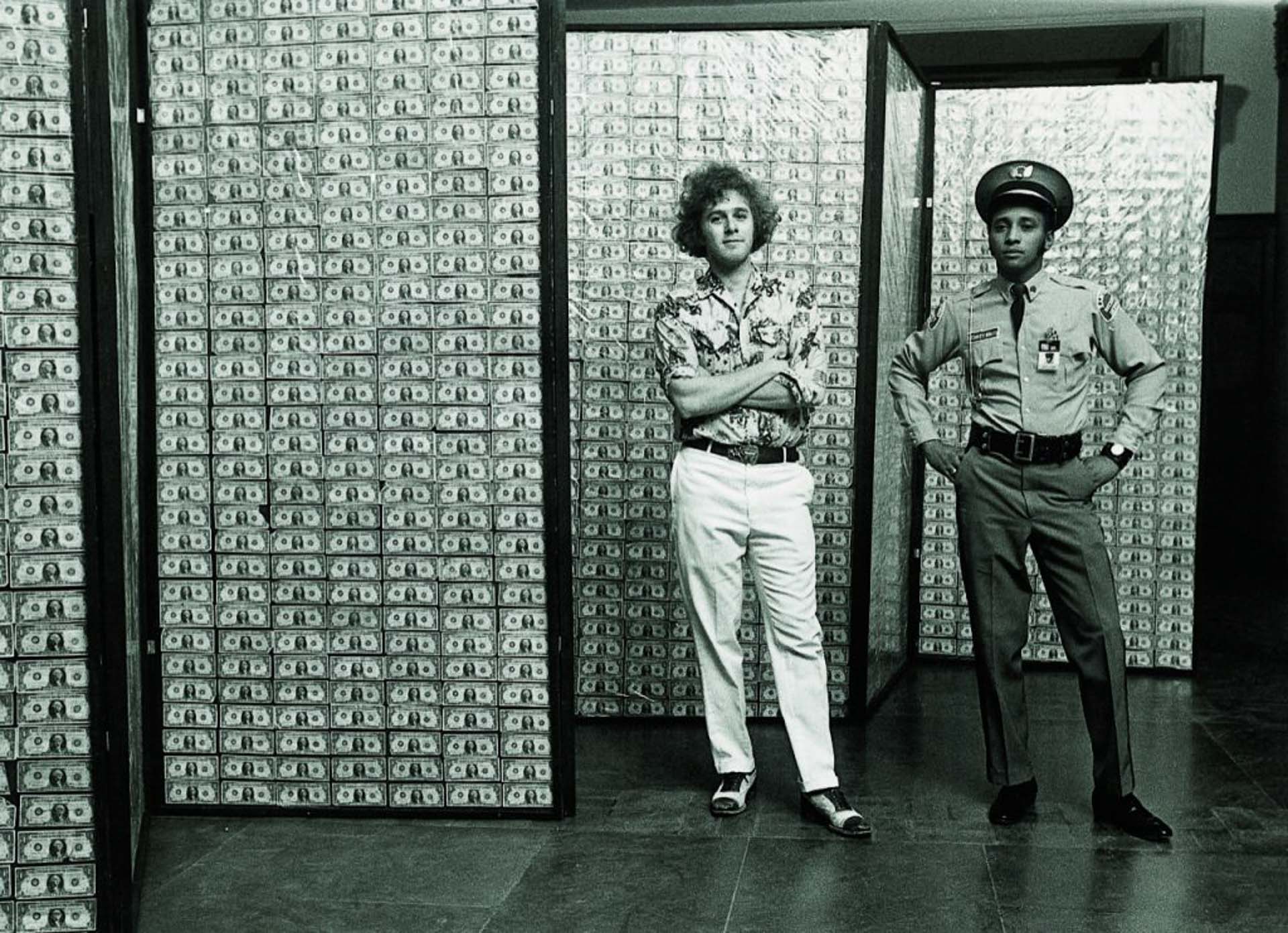 In Staller’s youth, anything futuristic was good. With a worldview shaped in the 1960’s by the space program and its seemingly limitless promise, everything was possible. Growing up on Long Island, Staller was exposed to art, theatre, dance, and music on frequent family and school trips into New York City. However, none of these cultural experiences impressed him as much as the restaurant on 42nd Street where his family would frequently lunch. Horn & Hardart Automat, essentially a giant Art Deco vending machine, was a self-service restaurant with walls covered in hundreds of brass and glass doors that dispensed meals. Staller recalls choosing food, putting your coins into a slot, the door magically opening, and your food emerging with a slight twist of the plate.

The promise of a Utopian world through technology was all around. He was especially moved by the 1965 New York World’s Fair, with its pavilions including Futurama, Progressland, the World of Tomorrow, The MoonDome; architecture by Saarinen, Aalto, and Buckminster Fuller; multi-media theatres, and a giant working car engine you could walk through.  General Electric’s slogan “Progress is our most important product,” was an ethos that was in the air and Staller breathed it in.

With an architecture degree from the University of Michigan, and an expectation of designing architectural fantasies and cities of the future, Staller instead found his romantic ideals being replaced with the science of building, cost management, and scripted orthodoxies. School awakened a questioning and a need to find a new vision.